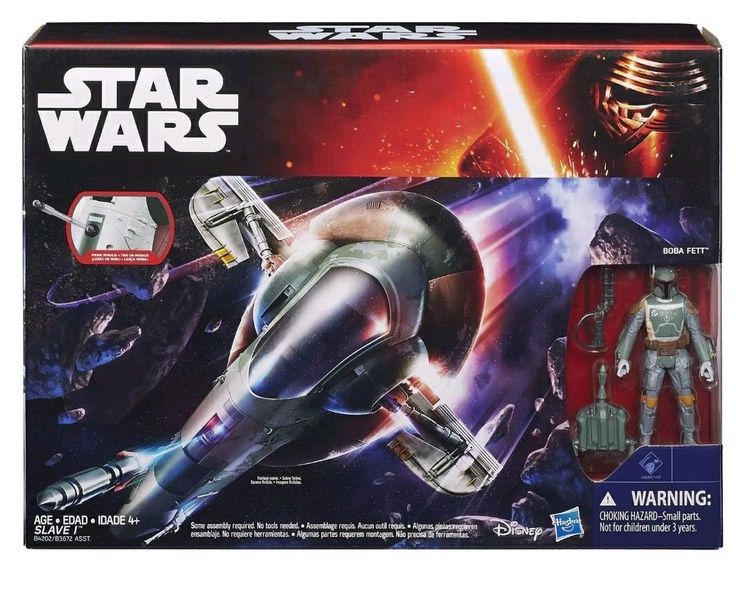 Boba Fett flies his Slave I starfighter to Bespin as he tracks down the Millennium Falcon and a prized bounty: Han Solo. Fett loads the carbonite-frozen Solo onto Slave I, a vessel once used by Jango Fett. The ship is modified with advanced weapons, making it a powerful vessel for capturing bounties and making swift escapes.
Let the "interstellar" warfare begin with this amazing Slave I vehicle and Boba Fett figure! Put a Boba Fett or other Star Wars figure (other figures sold separately) in this starship's cockpit and send it swooping into battle. Pivot the vehicle's wings for evasive maneuvers, and fire its missile launcher at the foe! Re-enact the most exciting Star Wars adventures or create brand new ones with Boba Fett's Slave I vehicle! Star Wars products are produced by Hasbro under license from Lucasfilm Ltd. Hasbro and all related terms are trademarks of Hasbro. Star Wars Slave I with Boba Fett: